Be More Knowledgeable About Property Transactions

Get a Reputable Real Estate Lawyer

Be More Knowledgeable About Property Transactions

Get a Reputable Real Estate Lawyer 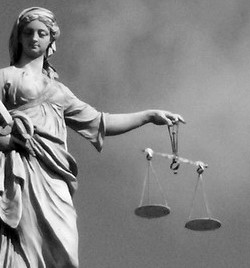 Since 1990, John Lovestrand has practiced in the areas of criminal and civil litigation, estate planning, business law, as well as residential and commercial real estate. Presently, John concentrates his law practice on representing residential real estate clients, both buyers and sellers.

John Lovestrand's commitment to excellence is second to none; he is uniquely attentive to detail, follow-through, and organization. For John, the practice of law is much more than a job; it is a noble and grand profession, in the highest tradition, and the services to be rendered must adhere to the highest standards of that calling.

As a kid who grew up in Chicago, attended and graduated from neighborhood public education schools—Abraham Lincoln and Lane Tech—and then stayed in town to get degrees (for both College and Law School) from Loyola University, and who has lived in Chicago and (now, with his wife and two children) its northern suburbs—John is a lawyer who has been tailor-made to fit his real estate clientele in the Chicagoland area.

John has represented me from day one in my real estate career. I remember our initial meeting at the closing table of my first real estate investment in 1997. Through the course of my career, the founding of @properties, and many investment and personal purchases and sales, I have never considered another attorney relationship. John on day one exceeded my expectation with his personal knowledge, professional demeanor and elevated approach within the industry. I feel privileged to be his client and have never felt in better hands.

I've known John for more than 24 years. Not only has he been a trusted legal advisor, he has also been a close friend. His thoughtfulness, attention to detail and legal mind have made him invaluable to me and our company over the years. When involved in a complex legal transaction, I have complete faith that I have the best representation possible on my side.